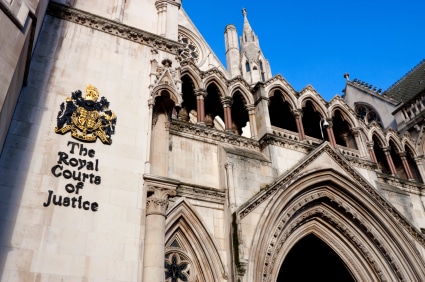 The issue of post-adoption contact was recently considered by the Court of Appeal in the case of Re B (A Child) (Post-Adoption Contact) [2019] EWCA Civ 29. The appellants were the natural parents represented by Vanessa Meachin QC and Sarah Jennings instructed by Phil Storey and Karen Bailey of Bailey Wright & Co Solicitors.

Both parents had learning difficulties.  Mother acted by the Official Solicitor. Their child, B, had been placed for adoption. The parents’ application before HHJ Watson was for direct contact with their daughter, B, for one hour twice each year on the basis that indirect, “letterbox” contact which would be particularly difficult for them in view of their cognitive difficulties. It was also argued that because of B’s young age such direct contact would neither disturb nor disrupt her placement and would simply become part of her annual routine

The judge, who had been taken to the earlier case law, heard submissions on behalf of  mother, to the effect that the legislative change brought by s 51A must be seen in the context of its purpose which, it was submitted, was (in the judge’s summary) “to reflect the changing view about the benefits of greater openness in adoption.” The judge was referred to recent social work research which emphasised the importance of contact after adoption (The Role of The Social Worker in Adoption: Ethics and Human Rights: An Enquiry (British Association of Social Workers 2018), as well as lectures given over recent years about the potential changing face of post adoption contact.

In June 2013, Mrs Justice King, as she then was, gave the Hershman/Levy lecture and considered the issue of post-adoption contact in the modern world of social media.  She recognised that “the concept of public domain has changed for ever as a result of the revolution in information technology” and is something that has to be considered in care planning.  In short, the world of Facebook makes it far more likely that adopted children and/or birth parents will have the opportunity to find out information about one another in an unstructured and unregulated manner.

In March 2018, Lord Justice McFarlane addressed the NAGALRO conference.  (NAGALRO is an association for social work professionals who work in the children and families field and represent children in public and private court proceedings).   During this speech he questioned ‘whether a flexible and open arrangement, developed with confidence and over time, may provide more beneficial support as the young person moves on towards adolescence and then into adulthood.’  He noted that ‘a level of direct contact that develops slowly during childhood once the dust from the adoption order being made has settled, may well be better for these young people in the longer term.’  Lord Justice McFarlane had previously made similar observations at the Inaugural Bridget Lindley Annual Memorial Lecture in March 2017.

Both Lady Justice King and Lord Justice McFarlane sat in the Court of Appeal to determine this appeal.

Re B was the first case to come before the Court of Appeal following the implementation of Section 51A of the Adoption and Children Act 2002 which specifically make provision for post-adoption contact orders.  The previous case law was that the imposition on prospective adopters of orders for contact with which they were not in agreement was extremely unusual.

B’s parents’ application for permission to appeal against the refusal of a s 51A contact order was granted by Lady Justice King,  principally on the ground that there was a compelling reason for the grant of permission, namely that the implementation of s 51A, together with developing recent research on the issue of post-adoption contact, justified consideration by this court.

Vanessa Meachin QC, leading Sarah Jennings argued that the introduction by Parliament of ACA 2002, s 51A indicated an intention by the legislature that more parents would in future succeed in an application for direct contact post-adoption. It was submitted that if no change in the law were intended, then the new provisions would necessarily be redundant. In particular it was argued that the earlier case law, in which some priority was afforded to the views of the prospective adopters, no longer represented the correct approach under s 51A.

In giving the leading judgment, Lord Justice McFarlane (President of the Family Division) decided that the new legislation did not change the position as set out in caselaw, namely that it would be “extremely unusual” for a Court to order ongoing direct contact where the adoptive family are not in agreement.

The case recognised the research and debate around the issue of post-adoption contact amongst professionals and confirms that this should be considered at the welfare stage on a case-by-case basis. This case reminds practitioners of the importance of raising the issue of post-adoption contact at every stage of care, placement and adoption proceedings.

Although the substantive appeal was refused in the case of Re B, the Court of Appeal was asked to consider providing further guidance on the issue of post-adoption contact in light of the research and opinions outlined above.

On behalf of the Local Authority, Mr Nick Goodwin QC proposed the following being considered as good practice around the issue of post-adoption contact :

The President was careful not to “raise any of the listed matters to the status of being something which the Court of Appeal has stated should now be required in every case.” However, he continued, “it must be a given that any social worker, children’s guardian or expert who is required to advise the court on the issue of contact, will ensure that they are fully aware of any current research and its potential impact upon the welfare issues in each particular case.”  The writers would therefore suggest that the list of 6 points outlined above, should be considered ‘good social work practice’ and should be followed unless there is a very good reason to depart from it.

The Court decided that any social worker, children’s guardian or expert who is required to advise the court on the issue of contact, should ensure that they are fully aware of any current research and its potential impact upon the welfare issues in each particular case.   The Local Authority involved in this case, had no potential adopters who, having completed their training and assessment, were willing to agree to face to face contact. However, by the time of the hearing, the proposed adopters had shifted from a position of annual indirect contact to twice yearly reciprocal indirect contact, one of the sessions of which would involve them in face to face meetings with the birth parents to provide them with updates as to B’s progress. They also indicated a willingness to consider direct contact between the birth parents and B in the future.

It is therefore important that all involved in adoption cases should consider the issue of post adoption contact, at every stage of proceedings and that is included in training for potential adopters.     It is also vital that the issue of contact is considered upon making any care and placement order, making use of s. 26 of the Adoption and Children Act 2002 where necessary.  Contact should then be re-considered, with an open mind, during any adoption proceedings.